Since year 2011, many colourful and vibrant hot air balloons can be seen floating in Taitung City’s stunning blue sky every summer. Those amazing balloons carry passengers slowly in the air, soaring above the mountains, fields and lakes, bringing them closer to the sky for a breathtaking 360 degree view of picturesque beauty.

Travel to Taiwan and you will have a whole summer to ride one of these colourful hot air balloons and have your dreams come true! Taitung Taiwan International Balloon Festival is coming to its 6th year in 2016. It will kick start on 1 July and end on 7 August. In 2014, BBC named it as one of the Top 10 Hot Air Balloon Festivals around the world. One of Taiwan renowned magazine Common Wealth also appraised this as one of the Top 5 festivals in Taiwan.

Although the main event takes place in Luye Gaotai township, a series of other activities such as the fantastic Night Glows concert will take place across different towsnships such as Jhihben hot spring area at Beinan Township and Dapo Pond at Chihshang Township. While at Sansiantai at Chenggong Township and The Aurora Garden at Taimali Township, you can enjoy the Morning Glow. Be it in the daytime or at night, those performances are promised to bring upon great and memorable experiences to the audiences.

Due to the wind direction and safety concerns, hot air balloon rides are only available in the early morning and evening. If you are planning to visit the festival, please make sure you log on to their official website (balloontaiwan.taitung.gov.tw/index.asp) to have its latest updates. Once you come to beautiful Taitung for the hot air balloon festival, remember to pamper yourself by staying for a few more days and embrace this lovely land. 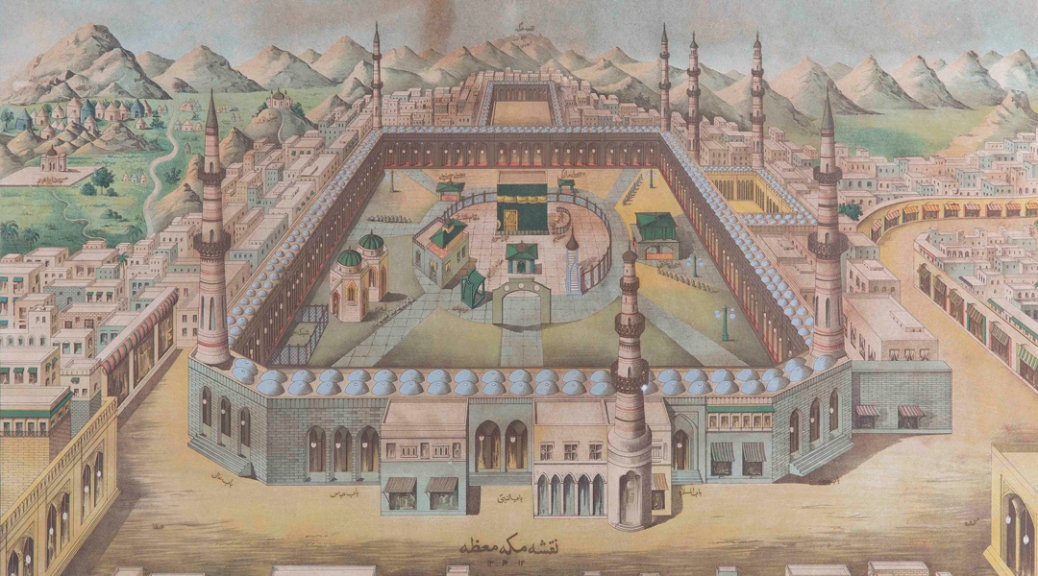 One of the most celebrated manuscripts of the Islamic world is the Dala’il al-Khayrat, which means Waymarks of Benefits. It is a famous collection of prayers for Prophet Muhammad (SAW), which was written by the Moroccan Sufi and Islamic scholar Muhammad Sulaiman al-Jazuli ash Shadhili, who died in 1465. Alongside the prayers are beautifully-illuminated pages decorated in colourful pigments and gold leaf.

Since it was first inscribed, the Dala’il al-Khayrat has inspired calligraphers, illuminators and painters of court ateliers from around the world. They take great pains to reproduce these sumptuous illustrated and illuminated manuscripts and in the process contribute to its rich and diverse heritage.

In order to reveal the outstanding history and artistry of the Dala’il al-Khayrat, the Islamic Arts Museum Malaysia (IAMM) in Kuala Lumpur is showcasing an exhibition entitled Dala’il al-Khayrat: Prayer Manuscripts From The 16th To 19th Centuries.  The exhibition showcases the museum’s own collection of some of the finest Dala’il al-Khayrat copies from its native land, Morocco, to as far as East Turkistan and China.

The exhibition is divided into several sections, beginning with the history of the Dala’il al-Khayrat and its author, Imam Al-Jazuli, whose ancestry can be traced to Imam Hassan ibn Ali, the grandson of Prophet Muhammad (SAW). Among the highlights are exquisite Moroccan copies and a rare monumental single-page Dala’il Al-Khayrat signed by Alhafiz Mahbub Muhammad. The exhibition enables visitors to uncover the contents of the Dala’il Al-Khayrat and appreciate its content, the 8 ahzab (days of recitation) and other main elements.

Meanwhile, a special section of the exhibition teaches visitors how to distinguish the regional characteristics of the Dala’il al-Khayrat, showing beautiful masterpieces from North Africa, Central Asia, Turkey, Indian Subcontinent, China and South East Asia. The most beautiful part of these manuscripts are the illustrations of the two holiest sites in Islam – the An Nabawi Mosque in Madinah and Al Haram Mosque in Mecca. At the beginning of this section, Imam Al-Jazuli wrote: “This is the description of Al-Rawdah Al-Mubarakah (the Blessed Garden) in which the Prophet Muhammad (SAW) is buried, together with his two companions Abu Bakr (RA) and Umar (RA)”. In reference to this passage, illuminators and painters of subsequent centuries have been encouraged to add an illustration, which later became the focal point of the Dala’il al-Khayrat.

Last, but not least, is a dedicated section for Prophet Muhammad (SAW) and an explanation for the tradition of praising the Prophet, as well as other living Islamic traditions that are still being practiced today. In conjunction with the exhibition, the IAMM has published a comprehensive catalogue featuring these celebrated manuscripts. Showcasing more than 100 artefacts from the IAMM collection, the catalogue unveils the beauty and intricacy of the pages of the Dala’il al-Khayrat and other related artefacts.

The Dala’il al-Khayrat exhibition will be on display for four months at Special Gallery 1 of the Islamic Arts Museum Malaysia from 11th March 2016 until 31st August 2016. 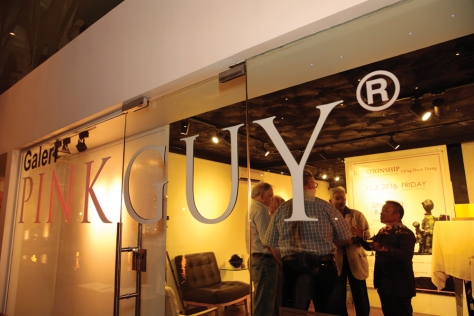 The exhibition was probably the first of its kind in Malaysia where there was only one artwork on display and it was kept in an exclusively handcrafted blue wooden box specially designed to keep the bronze sculpture. Guests were kept wondering if there was an exhibition as there were no signs of sculptures being displayed like the previous one. The official unveiling of the sculpture was by none other than the Director General of National Visual Art Gallery Malaysia Dato Dr Mohamed Najib Ahmad Dawa. The gallery managed to secure ten pieces from a limited edition of seventeen for this exhibition. Owner of PINKGUY Gallery Winson Loh said that he always has confidence in Chng’s work as it is not only unique but it carries meaning. Eighty percent exhibited were collected on the night.

Inspired by the fact that an ordinary civilian plane MH17 could just be shot down from the air by a missile even when it was unprovoked, Ch’ng was saddened by the unfortunate incident but he chose to reflect his feelings and emotion by creating the sculpture ‘Relationship’ which captures the essence that reminds people not to take life or relationship for granted as it may be here today and gone tomorrow. The sculpture depicts an old man and a little girl standing on a wreckage looking up to the sky, wondering what they would have done otherwise if time could be reversed.

Living life, loving someone and caring for others only make sense if they are still alive. Regretting after everything has gone is meaningless.

Some may have only seen the Whistler’s Mother before in the movie Bean (1997) when Mr. Bean accidentally sneezed on it and eventually destroyed it. Thankfully it was just a fiction and Australians still have the opportunity to be up close and personal with the genuine painting in National Gallery Victoria (NGV) for three months, starting from 26th March. The Whistler’s Mother is one of the most important paintings in the world that made its debut down on loan form the Musée d’Orsay in Paris in exchange to lending NGV’s Pierre Bonnard’s Siesta (La Siesta) from 1900 as part of a cultural exchange program.

The artist James Abbott McNeill Whistler was born in Massachusetts in 1834 and moved with his family to Russia when he was 10 years old. He was trained as a painter since 1855 and ‘Portrait of the artist’s mother’ was painted in 1871. It was a controversial painting then and only became popular in 1934 when President Franklin Roosevelt devised a modified design of the work for a Mother’s Day stamp. Today it is an iconic painting, recognised alongside Mona Lisa and The Scream.

The purpose of NGV having this exhibition was to encourage viewers to see Whistler’s work afresh, highlighting what is so intriguing and mysterious about this magnificent work. It was undoubtedly a golden opportunity for those who love art and appreciate culture. 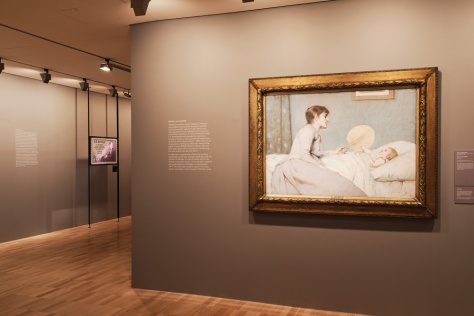