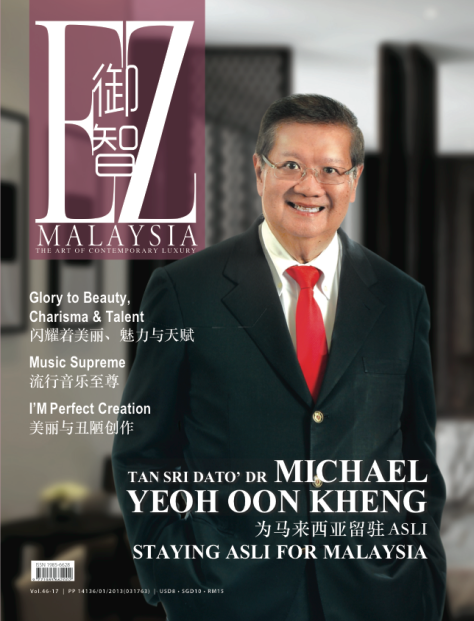 Heading one of the major independent think tank in Malaysia is no mean feat but for its co-founder, Tan Sri Dr Michael Yeoh, it is necessary to create a better society through its extensive research work. He co-founded the Asian Strategy & Leadership Institute, known simply as ASLI, back in 1993 and has never turned back.

“Should I choose to retire I am sure ASLI will be in good hands.”

He said the main purpose of setting up ASLI was  to provide strategic thinking to companies and the government. “It was also to promote debate on public policy issues,” he said.

Yeoh said ASLI had taken up important issues in the country such as education, competitiveness, national unity, green technology and environment.

He, then, mentioned how Malaysians are “over politicking” in recent times. ”The political divisions is both at an ethnic and socio-economic angle. The Malays seem to be returning strong support to the UMNO and Barisan Nasional whilst the Chinese continue to strongly support the Opposition. Meanwhile we see the socio-economic divide along class lines, between the poor and the wealthy, the urban and rural voters,” he said. 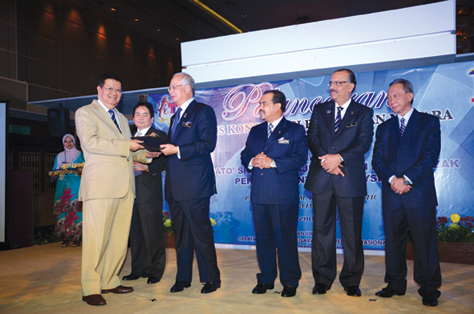 He said it is rather worrying that race relations in the country is causing more division between the people. He felt that it is time for all to get back to middle ground.

He said each Malaysian need to have respect for one another, be tolerant and have better understanding of other races’ sensitivities. “We must find common space for our students and teenagers to mingle and mix in a multiracial environment,” he said and suggested sports and art as unifies.

Recently, ASLI is ranked to be among the world’s top 100 think tanks out of 7,000 think tanks in the world by the University of Pennsylvania in USA. It is also ranked 4th in Southeast Asia and the Pacific, effectively placing it in top placing in Malaysia. It has also won the Brand Laurete Award and many other awards.

Yeoh personally too has several awards to his name, the most recent being the INPenang Lifetime Achievement Award. He feels that the most satisfying achievement for him is being conferred the Doctor of Laws by the University of Nottingham in Britain, it is one of the UK’s top universities. “Of course being conferred a Tan Sriship is also satisfying,” he added.

However, it is not all work and no play for Yeoh. He enjoys travelling immensely and always make it a point to visit new countries he has never been before, each year. “Last year, I visited Morocco for the first time and the previous year I visited Portugal also for the first time,” he said. He also made sure that he sets aside time for his family to maintain a healthy work-life balance. “Family life is important and I do take family holidays at least twice a year,” he said.

Though he is now past 60, retirement is not something he has considered just yet. There is still a lot more that he felt he could do. “Should I choose to retire I am sure ASLI will be in good hands,” he said. So, for now, Yeoh will continue to lead the think tank to greater achievements.