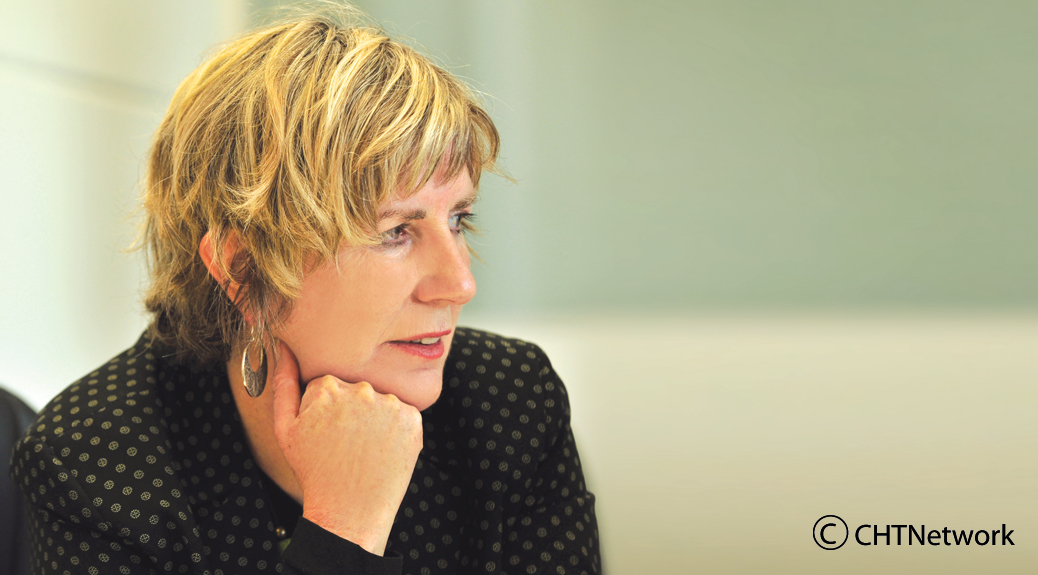 An advocate of freedom of expression through the arts, Jill Morgan is the face of the campaign promoting unity in diversity. Deborah Joy Peter tunes in as Victoria’s leading lady in multiculturalism paints a perfect picture of Australia’s creative landscape.

A once-upon-a-time blank canvas seated at the tip of the unrelenting strokes of a career dipped in artistic ambition, 25-year veteran and Multicultural Arts Victoria (MAV) chief executive officer, Jill Morgan, is today the focal point of an illustrious gallery which remains the spectacle of many. Positioned at the helm of Australia’s glistening multiculturalism movement, the prominent head of industry charts a well-seeded legacy dedicated towards championing the continuity and relevance of cultural cohesion amidst ethnic diversity specifically through the arts.

Relying on the said platform as a conduit for social change and altered perceptions, her active engagement in the scene has through the years, garnered results nothing short of triumphant. Inarguably, her contributions have aided in the progressive propagation of creative expression as a combative measure against racial demonisation as well as the challenges of migration. Aimed at driving attention towards the significance of breaking barriers beyond a mere tolerance of the other, her call-to-action stems from an earnest conviction to breed a perpetual state of non-prejudice and community-centredness.

While the journey down this road has been no walk in the park, her life’s story, sprinkled with unending tenacity and founded upon sincerity in its most basic form, is truly telling when deciphered through her mind’s eye. “The arts bring people together and can enhance cultural pride and well-being within communities. Cultural diversity can be at the heart of new contemporary works and innovation,” Morgan, the once Executive Director of Kulcha, Multicultural Arts of Western Australia, candidly shares.

Commenting on the arena’s role as a sustainable support system for both the present and future generations, the MAV lead explains how as a double-pronged tool, the arts serve as a fresh, creative, and inspiring voice which bridges the gap between colour and creed whilst making room for cultural dialogue and a shared understanding with and through youth. Having once herself been a vibrant, young lady whose immersion into the world of arts and culture was sparked by a genuine love of drama and theatre alongside a fascination towards literature and history, it’s no wonder her passion for education rings true to this day.

In her fight to preserve the sanctity of a universe where old meets new, the well-traversed Morgan has been indefatigable in her efforts to translate into activity, her underlying message which speaks of enriching individuals and society in general as well as carving from struggle, innovation, redefined identities, and newfound economic and social prowess for a healthier morrow. In defining her vision, she notes: “Culture and identity is central to the well-being of people from culturally and linguistically diverse backgrounds. Art programmes are an active and tangible way to connect cultures and to educate others about difference.”

For the reasons above, part of MAV’s process and programmes for social inclusion comprise collaborations with the Arts Centre Melbourne, Recital Centre, Melbourne Theatre Company, and Melbourne Festival, among others, to actively promote diversity through the arts whilst protecting the rights, values, and beliefs of refugees and migrants. According to the visionary, arts projects that present positive non-stereotyped images and stories of indigenous groups and artists play a pivotal role in ensuing equity, raising awareness, building self-worth, encouraging community pride, stimulating long-term growth, and formulating respect.

Determined to walk a mile in the footsteps of the late great Nelson Mandela, Morgan is quick to echo the sentiments found in the hugely celebrated political icon’s book, Long Walk to Freedom, when probed on her source of inspiration: “No one is born hating another person because of the colour of his skin, or his background, or his religion. People must learn to hate, and if they can learn to hate, they can be taught to love, for love comes more naturally to the human heart than its opposite.”

More than just a virtuous messenger, the MAV frontrunner whose non-profit organisation was recognised for its notable initiatives with the Pinnacle International Excellence Award in the International League (Art & Culture) category during the recent 2014 ceremony, is a highly-decorated servant of the cause. Her contributions include but are not limited to national-level multicultural arts policy and strategy development as well as overseeing the incubation and expansion of Kultour; the advocacy body for multicultural arts in Australia.

“To be even more effective change-makers, we need organisations such as CHTNetwork who share in our passion and commitment, to support and acknowledge the organisation and the importance of multiculturalism, as we grow to meet the increasing needs of our diverse artistic community including our connection with Southeast Asia,” Morgan tells Essenze.

While the aforementioned accolade was accepted on behalf of Multicultural Arts Victoria, she herself was voted in as a Member of the Order of Australia in 2013 while having been newly called upon to receive the Facilitators Prize at this year’s Sidney Myer Performing Arts Awards. Joining an elite list of industry movers and shakers, her sense of fulfilment comes from seeing young people celebrate their cultural heritage as proud Australians. For Morgan, that alone is the ultimate reward and true motivation behind her wanting to press on.

So much so, even when afforded the luxury of time to pursue her personal passions, the family-friendly cat-lover and creative curator is hardly one to wander far from the warm embrace of artistic endeavour. It is safe to conclude that the very essence of her being best finds solace in offerings that capture beauty in naturalness be it through the arts, film, photography, travel, or simply gardening. By her own admission, she enjoys growing organic herbs and vegetables.

An avid traveller not spared the pleasure of exploring multiple global heritage sites like Hampi, Borobudur, The Great Wall, Angor Temple Complex, Bagan, Luang Prabang, Ha Long Bay, Melaka, and Georgetown, her round-the-world adventures are only just beginning. “I like to travel to Asia and am keen to visit Jaipur Rajasthan and other parts of India by train to experience the music, food, culture, and dance of that region. I wish also to travel to specific parts of Africa; Ethiopia, Senegal, and Mali. Then, there is Mexico, Sri Lanka, and Colombia.”

As to what the future holds for Jill Morgan, she plans on spending the next five years still discovering what she calls amazing world culture and the arts and the five years after that, doing precisely the same thing. Truly, to be able to devote one’s existence to doing what she loves the most and then finding fun ways to embed her interests into her everyday living is testament that dreams do come true when pursued with the purest of intentions, and without leaving a single stone unturned.