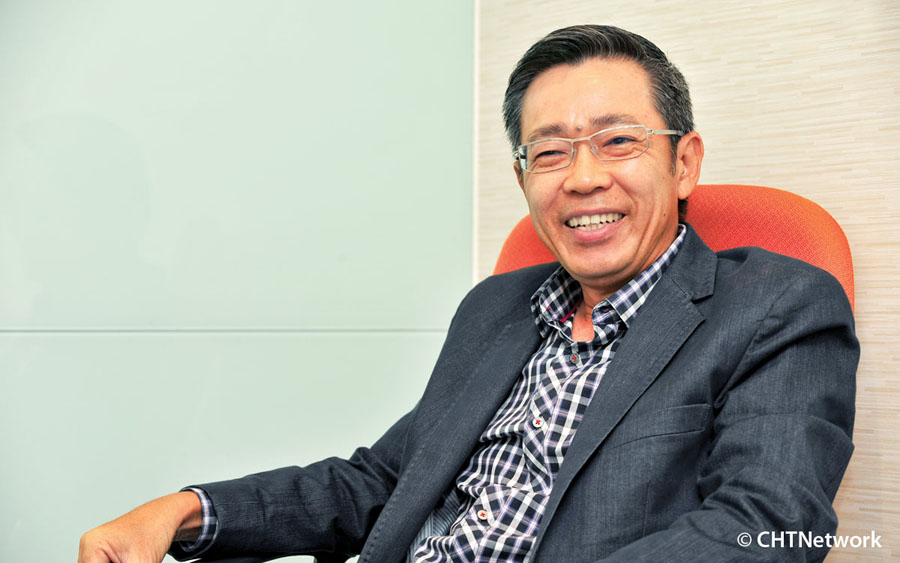 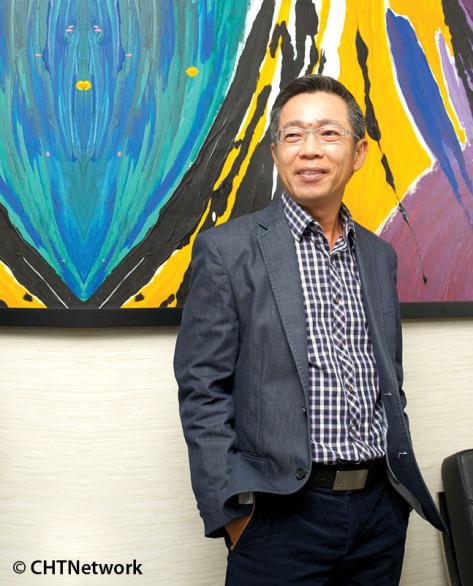 Bernard Yong
Vice President of Rado and General Manager of The Swatch Group Malaysia
Humble, pragmatic and personable, Bernard Yong shares his fascinating journey to the top during a tête-a-tête with EZ.

Born and educated in Penang, Bernard Yong received a head start  in the working world soon after completing his Form Five selling tableware at Oriental Emporium. This soon led to an apprenticeship at a factory making glass counters that were used to showcase timepieces in shops back then. Here, he did all sorts of tasks including sweeping the floor and assisting with the transportation of the products.

This however, was not to be the precursor to his involvement with Rado or the Swatch Group as Bernard, who has a penchant for art decided to join a former classmate’s interior design firm following his stint at the factory. He indulged his passion for two years but the call of duty beckoned when his father was promoted to head a new local wholesale agency distributing Rado in the entire West Malaysia.

Bernard’s father, clearly having quite an influence on his son, was the quintessential self-made man. ‘My father was illiterate; he left Hainan when he was 9 years old. He had only 2 years of primary schooling and had a very hard life. That was why he didn’t believe in education, but believed that as long as we work hard, we can learn everything that we need.’

‘Since he was illiterate, he needed someone to do the translations and the correspondences with the HQ in Switzerland, so I came quite handy to him. He convinced me to join him.’ Being the good son that he is, Bernard followed his father to Kuala Lumpur on his new posting, taking a job with his father at the new company.

The world then, said Bernard, was very much different from the world today. He recounted an epiphany he had during a visit to Switzerland last year. ‘I was checking in with my friends on Whatsapp, sharing photos and videos.’ He remembers when he was about to turn 21 and he made the move to Kuala Lumpur, which at that time was a big deal.

‘It was as though we were going overseas. You had to have a group of people, rent a van or a minibus and set out on a journey that would take at least 7 hours of driving, book a hotel,’ said Bernard, illustrating how the times have changed what with the ease of international travel and the infrastructure that has made Malaysians mobile and connected with the rest of the world. When in today’s international business, emails and texting services such as Whatsapp allow for real-time communication, things were quite different for the young Bernard who was starting out in the big city.  ‘Those days, I sent telexes to Switzerland,’ said Bernard.

Consumers nowadays want more than just a product; they want brands and products that are associated with a certain lifestyle.

A few years working with his father, the opportunity to branch out came knocking. Bernard joined the banking industry, working at the-then Southern Finance. It was while working here that he started taking evening classes, studying for a Higher Diploma in Banking and Finance at the Institute of Bankers Malaysia. Three and a half years later, he would be the first person from Southern Finance to complete the course.

Bernard, who was and still remains a computer buff, began taking as many IT courses as he could the moment Microsoft PC made an appearance in the bank. Due to his familiarity with the computer and the initiative that his superiors saw him take, Bernard got to be the person to work with the computer and was transferred to the statistics department.

During this time, he was exposed to the statistical aspect of banking. ‘The branch manager saw my potential, and when Southern Finance was about to be computerized and go online, they needed someone who understood computers and operations. So I was transferred to this project. It was not a big promotion, but there was a lot of exposure,’ he said.

‘There I learnt a lot of programming, which actually became very handy for my future career. Despite my Form 5 education and diploma in banking, it was my knowledge in computers that really helped me in my career. I was able to do a lot of reporting, presentations, even some programs to generate certain reports, things that none of my peers were able to do.’

After six years in the banking industry, Bernard returned to the watch trade to work with his father as the company was growing. Together, he brought with him the wealth of computing knowledge. ‘That year, 1989, I was very proud of myself. One whole year I did not stop working; no medical leave, no annual leave,’ said Bernard, who professes to being quite the workaholic.

‘My first task was to computerize the company, to develop a working system so that all the company information was easily accessible,’ explained Bernard, adding that in those days, since much of the sales were done on a credit basis, it was vital to have an effective system of tracking  payments. He worked on the existing computer system the whole of that year, sourcing for the software and modifying the chosen software to suit the requirements of the company.

In 1994, upon the acquisition of the Rado distribution rights by the Swatch Group, Bernard made the transition, officially joining the company, which he is still attached with today, albeit as the Vice President of Marketing of Rado Malaysia and General Manager of The Swatch Group Malaysia.

When he was younger, Bernard never expected to become a businessman. In fact, he claims that he hated business. ‘I wanted to be an artist. Or a teacher,’ he shared. Yet, life would have it that he did not have a say or choice in the way his life would turn out. Time and time again, throughout our tête-à-tête, Bernard would repeatedly refer to himself as ‘the obedient son’. Though one might strain to detect any hints of resentment, one thing that came across clearly was his respect for his father. After all, Yong Sr’s philosophy on life, hard work and determination has proven to be a blessing for his son.

Another thing that passed from father to son is the involvement in the watch trade association. Just like his father who was active in the Penang Watch Trade Association, Bernard serves as the Advisor and Honorary President of the Malaysia Watch Trade Association. In fact, he was the one who brought together the various regional watch trade associations in Malaysia under one banner, forming a strong and cohesive alliance of watch retailers and distributors in the nation. This year, the Association will be hosting the 20th Asian Horological Trade & Industry Promotion Conference (AHTIPC) with Bernard as the Organising Chairman.

The theme for this year’s edition of AHTIPC is ‘From Commodities, Goods and Services to Lifestyle Experience’, in reflection of the change in economic value that businesses can give to consumers. ‘Consumers nowadays want more than just a product; they want brands and products that are associated with a certain lifestyle,’ said Bernard, citing Starbucks coffee chains as a perfect example of the shift in consumer-mindset where it is no longer just about the coffee, but a certain type of experience that consumers get from visiting the stores. ‘With this year’s conference, we hope to communicate this to the members.’

When not busy with watch-related activities, Bernard can be found on the golf course, perfecting his swing. An avid golfer who only picked up the sport when he turned 50, he claimed that ‘golf is like life’ in the sense that it requires much discipline. Moreover, having worked hard all these years, being able to wind down and tee off is a luxury that he has earned. True, it is a form of exercise that Bernard credits to raising his stamina and keeping him fit, but golf is also a form of relaxation that he has come to be passionate about because of the various experiences golf has afforded him.

‘To me, luxury is playing golf in different courses in different cultures. Even the caddies in different countries speak different languages,’ said Bernard, who had recently visited Pattaya and got to golf at a Par 6 course on the picturesque Thai city. Up to today, Bernard has scored two holes-in-one, the first in his third year and the second in his fourth. Not bad for a relatively new golfer with mere four-and-a-half years of golfing history. Golf is, after all, a game where strategy and pragmatism play a big role, befitting the man who has strategically advanced in his career.