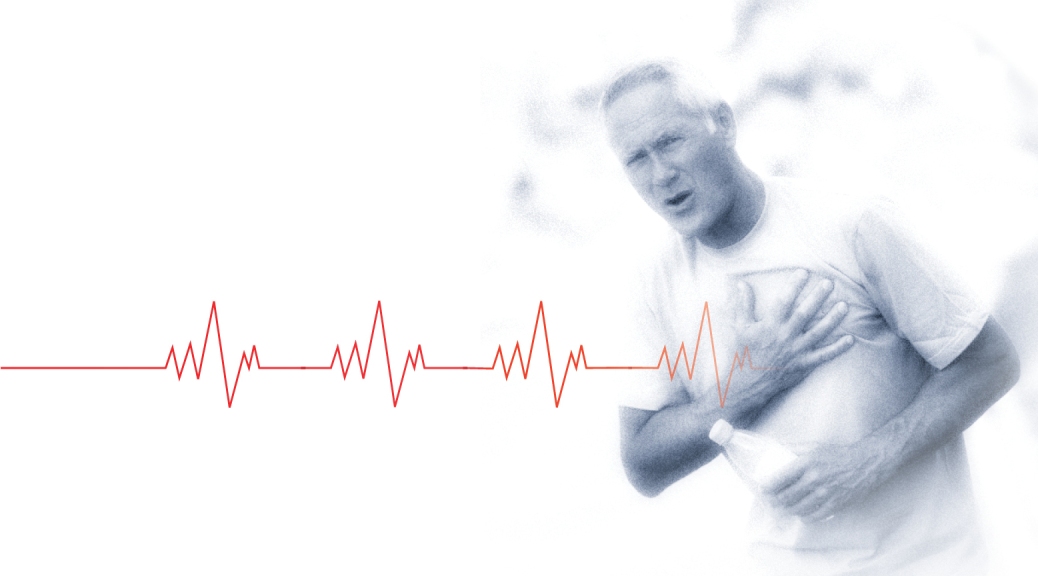 Mr M, a 55 year old man walked into my clinic one morning complaining of being unable to breathe. ‘Doc, I have been sleeping in my lazy chair for the last 3 days! I cannot lie flat at all, I feel like I’m drowning … and my legs have been swollen since last week.’ He suffered from a massive heart attack one month prior to the clinic visit. Mr M underwent an emergency stenting to one of the severely blocked heart arteries and had a stormy recovery. Clinically, he was in overt heart failure when I examined him.

There is an estimated 23 million people with heart failure worldwide. It is most commonly due to ischaemic heart disease (coronary artery disease), which is the number one killer worldwide. Aging and prolongation of the lives of cardiac patients by modern therapeutic innovations have led to increasing incidents of heart failure.

What is heart failure?

Heart failure is caused by primary heart muscle injury and also occurs at the end stage of most diseases of the heart. It could be either due to imbalance in pump function in which the heart fails to adequately maintain the circulation of blood to meet the body’s needs or the heart is too stiff and cannot relax enough to fill with enough blood before pumping. The pumping function is usually well preserved in the second type of heart failure. This is subsequently followed by the activation of a series of response mechanisms in the neurohormonal systems, and vasculature causing the signs and symptoms of heart failure.

How do I know that I have heart failure?

Patients with heart failure present a variety of symptoms, most of which are non specific. The lack of blood supply to the body and build up of fluid causes the symptoms, including tiredness, general weakness, shortness of breath on exertion, swollen ankles, swollen abdomen, loss of appetite, nausea and reduced ability to exercise.

Not infrequently, patients complain of worsening cough and breathlessness at night, and they have to use more than one pillow or end up sleeping in a chair. The accuracy of diagnosis by presenting clinical features alone, however, is often inadequate, particularly in elderly or obese patients. Moreover, the above mentioned signs and symptoms can also present in patients with kidney or liver failure.

Why does it happen?

Heart failure is not a complete diagnosis by itself. It is therefore important to identify the underlying disease and the precipitating cause(s). As mentioned earlier, heart failure is the end stage of most heart disease, beside coronary artery disease being the most common cause. Other important causes include hypertension, structural abnormality (congenital or acquired), toxin such as chemotherapy and alcohol, hormonal disorder, infection or inflammation. There are times when the cause is never found or so-called idiopathic cardiomyopathy. Other less common aetiologies are stress-induced cardiomyopathy and pregnancy-related heart failure.

How is heart failure diagnosed?

Heart failure is diagnosed based upon the patient’s medical history, a thorough physical examination, and a series of tests. These tests determine the cause and severity of the heart failure. These includes a series of blood tests, electrocardiogram (ECG), chest x –ray, coronary angiogram and most importantly, an echocardiogram. An echocardiogram is a non-invasive test using ultrasound to assess the size and function of the heart’s chambers as well as the function and structure of the heart valves. Other tests, like biopsy or magnetic resonance imaging, are sometimes used to look for specific diseases.

What are the medications for heart failure?

There are many treatments for heart failure, but medicines are fundamental in improving the quality of life, reducing hospital admission and more importantly, improving the survival of this group of patients. Among others, diuretics, also called the ‘water pills’, help the body to get rid of excess fluid in the limbs and lung. The ACE inhibitors and the ARBs groups of medications help to strengthen the heart. The betablockers, on the other hand, help the heart to fill more completely and they have been proven to prolong the life of these patients. Digoxin, one of the oldest heart failure drugs, can increase the strength of the heart muscle contractions and hence reduces heart failure symptoms.

Will surgery ‘cure’ my heart failure?

Yes, if the cause of the impaired heart function is due to coronary artery disease or faulty heart valves such as leaky valve or valve that does not open fully. The most common surgery for heart failure is bypass surgery where blood is rerouted around a blocked heart arteries. Damaged valve can either be repaired or replaced.

As heart failure progresses, occasionally the Left Ventricular Assisted Device (LVAD) is implanted while waiting for heart transplant. LVAD is basically a battery-operated heart pump that takes over the job of the failing heart by circulating blood throughout the body. LVADs are now sometimes used as an alternative to transplantation.

On the other hand, life-threatening abnormal heart rhythm can sometimes develop in patients with poor heart function. This is one of the most common causes of death in this group of patients. The doctor might recommend a device – Automated Implantable Cardioverter-Defibrillator (AICD) – that shocks the heart and returns it to a normal rhythm. It is usually implanted under the skin in the upper chest with wires leading through the veins to the heart. Nowadays, a biventricular pacemaker (also called cardiac resynchronization therapy) combined with an AICD function is often implanted in people with heart failure. The rationale is that the electrical system in the weak heart makes the heart contracts in an uncoordinated fashion. The pacemaker helps the heart to pump in a more efficient and synchronized manner, improving one’s symptoms.

Heart failure has ‘no cure’, unless the underlying cause can be treated. Therefore, it is paramount that one compliant to the medications and the treatment plan prescribed. Cigarette smoking is strongly discouraged. Smoking has adverse haemodynamic effects on patients with heart failure. In addition, it increases the risk of having a heart attack which will definitely damage more heart muscle in an already weak heart. In general, alcohol consumption should be restricted to moderate levels (i.e. one serving of alcohol per day for women, two servings per day for men), given the heart muscle depressant properties of alcohol. A high alcohol intake will also predispose to irregular rhythm that potentially worsens the body fluid balance.

As a general rule, patients with heart failure should limit their fluid and salt intake. Try not to add salt at the table or when cooking. They should also take restricted amounts of canned, frozen and processed food which contains a lot of salt.

How about the outlook?

This is not a myth. The prognosis for heart failure is poor, far worse than some of the common cancers. In general, the mortality following hospitalization for patients with heart failure is about 42.3% at five years, despite marked improvement in medical and device therapy. The two main causes of death in patients with HF are life threatening heart rhythm death and progressive pump failure.