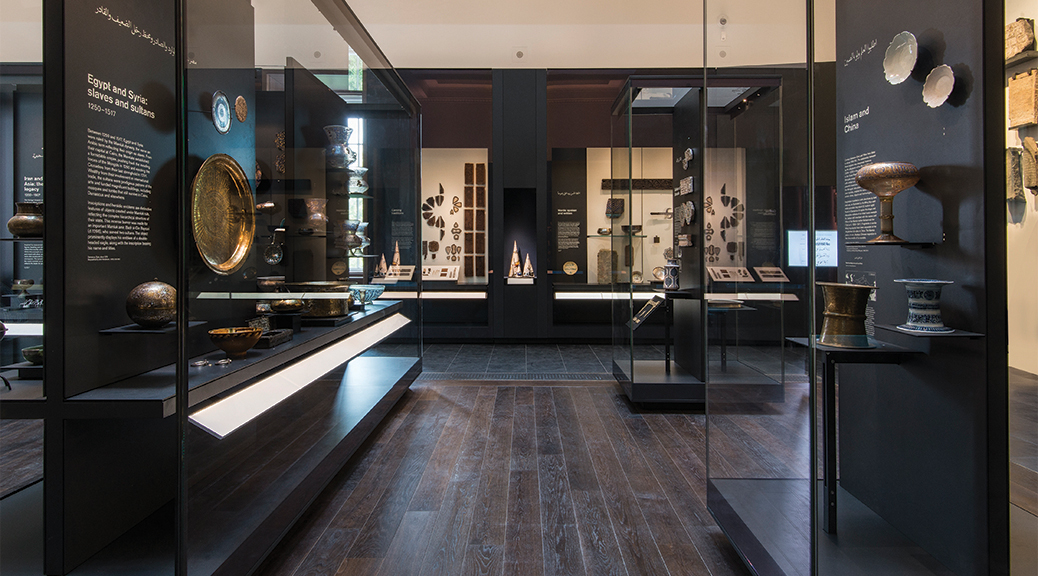 For the past forty years, the Albukhary Foundation has committed itself to the areas of education, social welfare and religion, with the intent of bridging further understanding between cultures and faiths. On the cultural front, its key role has been reflected in its initiation and ceaseless support of the Islamic Arts Museum Malaysia (IAMM) in Kuala Lumpur, now the largest museum in the Asia Pacific. Its initiatives on arts and culture, now continues with the establishment of the Albukhary Foundation Gallery of the Islamic World at the British Museum.

Opening its doors to the public on 18th October 2018, The Albukhary Foundation Gallery of the Islamic World is a major re-display of the British Museum’s world-class Islamic collection. As a comprehensive presentation of the Islamic world through art and material culture, it will underscore global connections across a vast region of the world from West Africa to Southeast Asia and reflect links between the ancient and medieval, as well as the modern worlds.

The British Museum’s collection of Islamic material uniquely represents the finest artworks alongside objects of daily life, such as modern games and musical instruments. The collection includes archaeology, decorative arts, arts of the book, shadow puppets, textiles and contemporary art. The creation of the Albukhary Foundation Gallery provides an extraordinary opportunity to display these objects in new ways that showcase the people and cultures of the Islamic world, as well as the ideas, technologies and interactions that inspired their visual culture.

Designed by Stirling Prize-winning architects Stanton Williams and in close collaboration with the British Museum, the new gallery has been created by opening up and significantly refurbishing two historic, 19th-century spaces on the first floor of the Museum. Adjacent to recently renovated European galleries, these spaces have been closed to visitors for several years.

The displays are enhanced by an engaging new programme of digital media that comprises a series of introductory films focussing on topics such as architectural decoration, ceramic technology, arts of the book and music. An accompanying website will allow for further research and exploration of the collections on display. The visitor will have the opportunity to engage directly with objects at a dedicated handling desk managed by the Museum’s volunteer programme.

The new gallery also accommodates a permanent presence for light-sensitive objects such as works on paper and textiles, which will be regularly changed. These will include stunning 14th century illustrated pages from one of the most celebrated oral traditions, the Persian epic Shahnama (Book of Kings) which will be shown alongside monumental folios of the 16th-century Indian Mughal emperor Akbar’s Hamzanama (Adventures of Hamza). Overseeing the gallery will be the curatorial team, which consists of Venetia Porter, Ladan Akbarnia, Fahmida Suleman, Zeina Klink-Hoppe, Amandine Mérat and William Greenwood.

Hartwig Fisher, Director of the British Museum, said, “The galleries and permanent displays of the British Museum’s collection show us the interconnectedness of our shared cultures. The Albukhary Foundation Gallery of the Islamic World allows us to display this world-class collection to tell a more universal story of Islam in a global context. I am grateful to the Albukhary Foundation and the Islamic Arts Museum Malaysia for supporting this important new gallery.”

Meanwhile, Syed Mohamad Albukhary, Director of the Islamic Art Museum Malaysia, said, “After years of preparation, it is enormously gratifying to see the Albukhary Foundation Gallery of the Islamic World open to the public. This gallery will certainly form an educational space and will contribute in strengthening the visitors’ experience and in their understanding of the Islamic civilisation”.