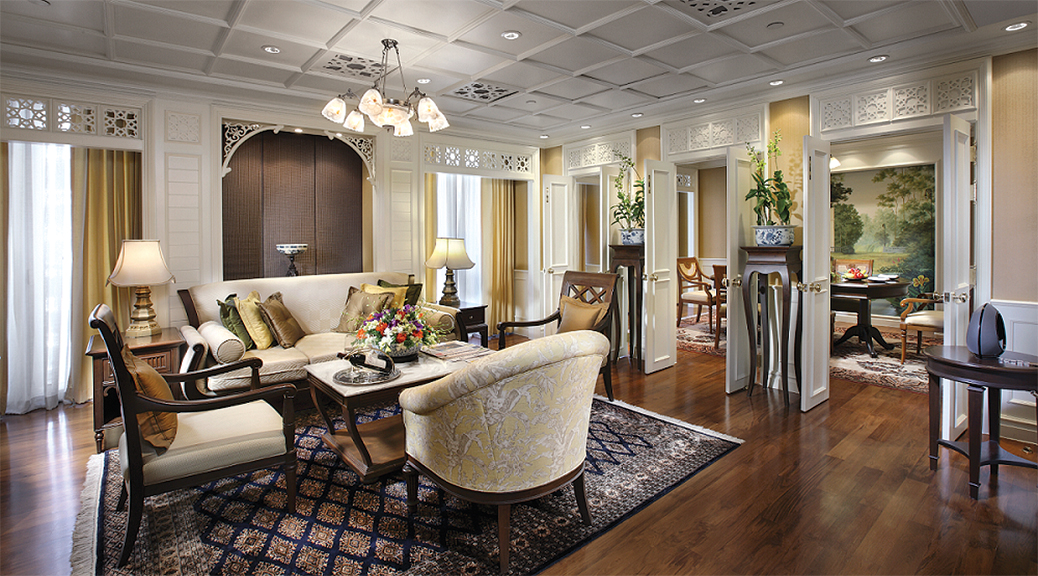 The Dusit Thani success story all started from a young Thai lady who was sent to America by her family to broaden her horizon. Thanpuying Chanut Piyaoui was particularly interested in the American hotel culture where service, cleanliness, comfort and friendly attitude were so efficient, and the only difference was that she wanted to create this hotel culture back home in Thailand. Her dream came true when Thanpuying Chanut built Princess, Bangkok’s first modern hotel with a swimming pool. Soon after, her quest to build a truly Thai hotel that rivaled the American standards completed when Dusit Thani Bangkok was founded.

Dusit Thani Bangkok once reigned supreme when it opened its door in 1970 proudly claiming itself as the first international five-star Thai hotel that stood the tallest in the Bangkok skyline. It was and still is today as the perfect place to be for exclusive red carpet gala evenings and beautiful weddings accommodating the highly respected Royal families, international dignitaries, super stars and the rich and famous.

Not only Dusit Thani was built by a Thai lady, today the General Manager for this magnificent hotel is also a lady and she is the first female General Manager of the flagship hotel of Dusit International. Mrs. Sukanya Janchoo has been in the hospitality industry since she graduated from Chulalongkhon University in 1978. A highly respected veteran in Thailand hospitality industry, Sukanya started her career as a chamber maid in London for four years before switching to accounts but her heart and soul have always remained in Thailand. She returned to Thailand in 1980 as an assistant cost controller and turned to marketing after seven years. She candidly explained that she was very good in cost control but she finds sales and marketing a much more challenging job when she was asked why she made the switch.

A female executive in a male-dominant industry did not really intimidate this petite lady as she claimed that she was not stressed at all with working in such an environment. ‘Perhaps the men were more stressed working with me?’ she jokingly said. Furthermore she was of the opinion that being female sometimes had its advantages as potential clients ‘pitied’ them and were more willing to spare some time to listen. ‘Feminism’ was then playing a large part in the hotel industry although it was a man’s world. Before criticising any job that one may come across, Sukanya said it is important that we must fully understand the job nature as all jobs, big or small, are important and eventually contribute to the success of an organisation. ‘If you want to do it, then do your best; if you don’t want, then stop,’ she said. Such attitude is important and she felt blessed as she had the opportunity to take on several jobs before becoming a leader. Sukanya was very humble and did not take the credit for her achievements but graciously acknowledged that it was all about having a ‘nice’ group of people to work with and team work. As for her success and accomplishments, this Iron Lady holds the principle of focusing and succeeding in every project. She is all about accomplishing a project and moving on to conquer another and another. A visionary lady who does not achieve only one merit but rather going for merits after merits.

“The millennials is a generation who like to complain but if you are ready to face the challenges in the hotel industry, you must also have the passion and heart to work to achieve success.”

Sukanya feels that it is important to contribute back to the society especially by grooming the new generation. When asked about the millennial, she said, ‘The millennials is a generation who like to complain but if you are ready to face the challenges in the hotel industry, you must also have the passion and heart to work to achieve success’. She strongly believes that Asians today can be as great General Manager as the Europeans, not to mention they understand the culture better and can further enhance the guests’ needs and expectations.

A mother of two, this lady loves to watch movies or go to concerts as a form of relaxation when she is not too caught up with taking care of her six dogs, a cat and a bird. Her final statement when asked what was her plan after Dusit Thani Bangkok stops for renovation for the next few years, her reply was that Dusit Thani Bangkok will never stop but merely entering a new chapter. It will appear very soon to recapture its prime and as for her, she will continue her quest in this industry to face new challenges and come out a winner. 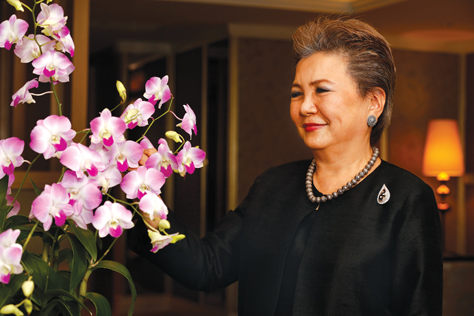