The tale of two star-crossed lovers of English literature isn’t just a tragic romance revolving around forbidden young love. Here to let you in on the dark secrets of Romeo and Juliet, EZ brings to you the most bizarre anecdotes behind one of Shakespeare’s most famous plays. So pay close attention! Read between the lines and you’ll find many hidden aspects to the play, some outrageous and some just plain weird. 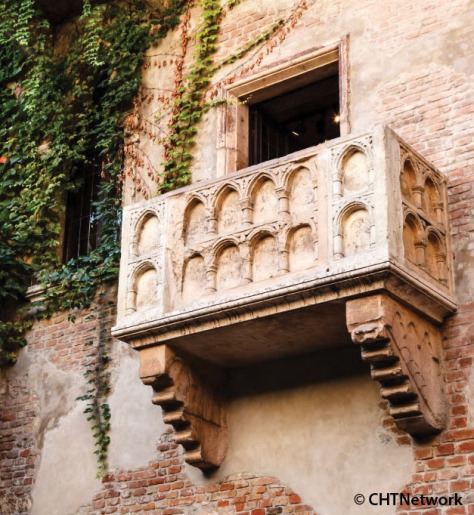 Shakespeare, who has been credited as the inventor of many English words and being very innovative in delivering insults was apparently not that good a name-giver. Oh, yes. He borrowed (or stole, depending on whom you ask) names from other famous tomes. Dante’s Divine Comedy is the most direct inspiration for the names of the rival families ‘Montague’ and ‘Capulet’ as they appeared side-by-side in his work. And the star-struck lovers? Luigi da Porto coined the names ‘Giulietta’ and ‘Romeo’ in his novel, which was published 65 years before Shakespeare’s play.

2. Which version do  you know?

There were not one, but three different editions of Romeo and Juliet! Now don’t go splitting hairs with production directors yet. The first edition, published in 1595 is considered a ‘bad quarto’ for errors and writing errors. Four years later, the second edition was published. This edition is the most used version of Shakespeare’s prominent play, even more popular than the third edition (1623).

Psychoanalytical literary critics see Romeo’s nature as aggressive, displays ‘ill-controlled, partially disguised aggression’. You can’t disagree with that when most of the hero’s misfortunes stemmed from his spontaneity and violent reactions; killing Tybalt, eloping and committing a double-suicide with a girl he barely knew, all within a week.

4. Some critics hated the play

Back in the 17th century, prominent writers, critics and philosophers grovelled about the play and some even called it a failure for not ‘following classical rules’ of drama. Samuel Pepys, British Member of Parliament, said that ‘it is a play of itself the worst that I ever heard in my life.’

5. Bring on the sexual jokes

Page after page of the play is filled with sexual jokes. Crude euphemisms, innuendoes and double-entendres are scattered throughout the play, thanks to characters like Mercutio and Sampson. You might want to swear children off Romeo and Juliet until the inevitable.

Would you marry a person you just met? It happens in this play, as Juliet asked Romeo to prove that his love for her was honourable. So they married in less than 24 hours after they met.

Take a step back, and another look at the story of Romeo and Juliet. You’ll find that all the events in the entire play covers a short span of four to six days. Romeo and Juliet got married the day after they met and consummated their marriage before killing themselves. Well, that escalated quickly, didn’t it?

Yes, you expected young love as the central theme for Romeo and Juliet. But for a girl to meet a boy, get married and have sex at only 13? Some girls have only barely started puberty at that age. In this day and age, Romeo would be guilty of statutory rape.

Would a male buddy make passing mentions about your libido? Some readings of the play have found Mercutio, Romeo’s best friend, to have a homoerotic desire for him as the borders of friendship blend into sexual love. In other words, Romeo was gay for Mercutio.

The beginnings of the storyline can be traced to the 1476 Italian story titled ‘Mariotto and Gianozza’ by Masuccio Salernitano. It was then adapted by another Italian a century later, then translated into French before making its way into English as a narrative poem and finally, into a play by Shakespeare. Just like how he ‘borrowed’ names, Shakespeare ‘borrowed’ the greatest love story of literature. How’s that for originality?

Next time you run out of things to say at a party, lighten up the mood by flaunting your literary side like a true Shakespearean with these niblets of trivia.