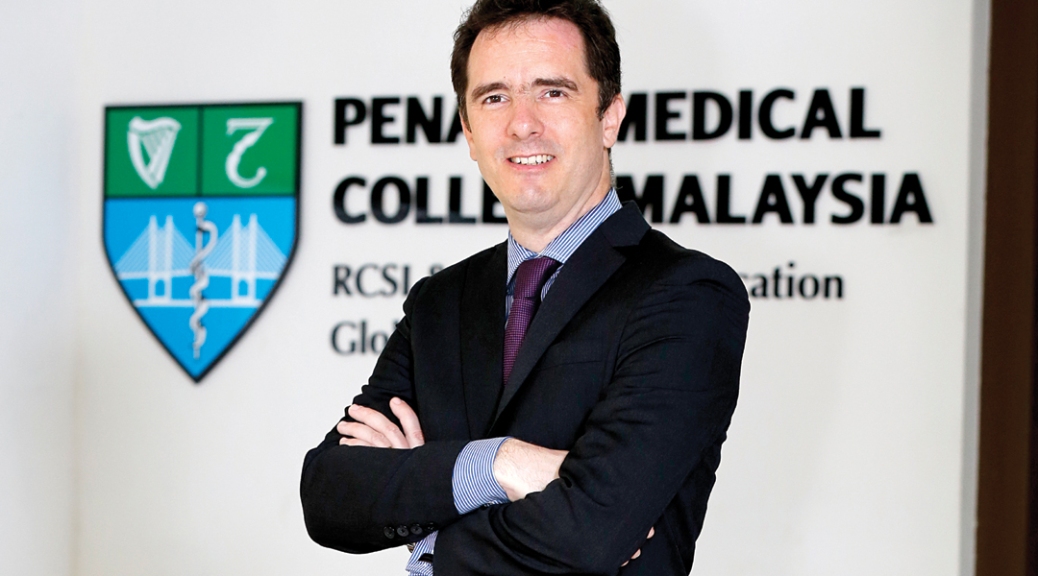 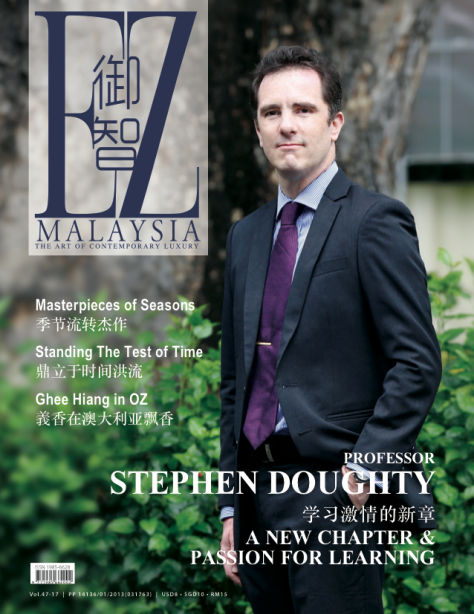 “I always had a desire for discovering new knowledge. My undergraduate degree included 2 years of research work and that led me to undertake my PhD in Oxford in computational chemistry and Computer-Aided Drug Design.”

When Professor Stephen Doughty moved to Malaysia with his wife and five boys all between the age of 1 and 10 about 12 years ago, it was the beginning of an exciting journey dedicated to the pursuit of helping establish a new learning institution and sharing of knowledge. Apart from taking up a new role as the Dean of Faculty of Science, then progressing up the ranks to being Vice-Provost (Teaching and Learning) at the University of Nottingham Malaysia Campus in Kuala Lumpur, it was also the start of a new life away from home – the UK, friends, and family. As with any move to a new country, this family of seven has set themselves up with a cross-border challenge – embracing the whole Malaysian experience from getting accustomed to the relentless tropical weather, learning its culture and language to tasting the variety of delectable cuisines Malaysia has to offer.

12 years later, Professor Doughty joined Penang Medical College (PMC) as its fourth president in September 2016. Stephen joined the School of Pharmacy at the University of Nottingham in 2001 having previously worked at the University of Bradford, UK. His research interests are focused on molecular modelling and computer-aided drug design with a particular interest in modelling proteins for rational drug design.

“I always had a desire for discovering new knowledge. My undergraduate degree included 2 years of research work (which isn’t normal!) and that led me to undertake my PhD in Oxford in computational chemistry and Computer-Aided Drug Design,” said Professor Doughty.

A strong believer in pushing back the boundaries of knowledge and undertaking new research to answer questions that have yet to be explored, Professor Doughty continues to actively research and publish new findings. “ this is what has kept me in academia and drives my desire to want to see PMC flourish as a university, where the whole community is engaged in the pursuit of acquiring and developing knowledge.” 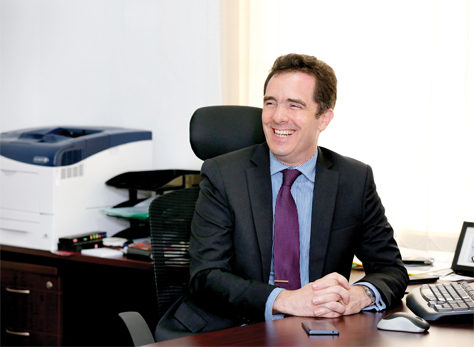 “We want to establish ourselves as the place to come to for Penang’s human capital needs in supporting services like medical tourism.”

Professor Doughty has high expectations and sees great potential for PMC. Celebrating its 20th year as a medical institution in 2016, it is the beginning of a new chapter – not only is it affecting people who are connected to PMC but also its communities surrounding the institution. He believes that academic institutions must be contributing to society both globally in terms of expanding knowledge and also locally in terms of enhancing the lives of those communities in close proximity to PMC.

“I see it [PMC] growing in the next 10 years as we continue to develop new courses. We want to establish ourselves as the place to come to for Penang’s human capital needs in supporting services like medical tourism. The areas that we could move into are not only in providing doctors but also support and healthcare staff as well as area such as computer scientists for healthcare and research purposes.

Wholly owned by RCSI and UCD, PMC has been internationally recognised since 1996 and was rated by House Officer Performance in Malaysia 2009 – 2011, the Institute for Health Systems Research Malaysia, as among the top medical schools in preparing graduate doctors for their early careers. With plans to upgrade the college status to a university as the next step, it wishes to enhance students’ learning experience with plans to develop new courses as well as expand the physical infrastructure that now houses 500 students. Apart from keeping abreast with developments of lecturers and students, they are also placing importance in attracting the best quality staff and maintaining a good relationship with their partners.