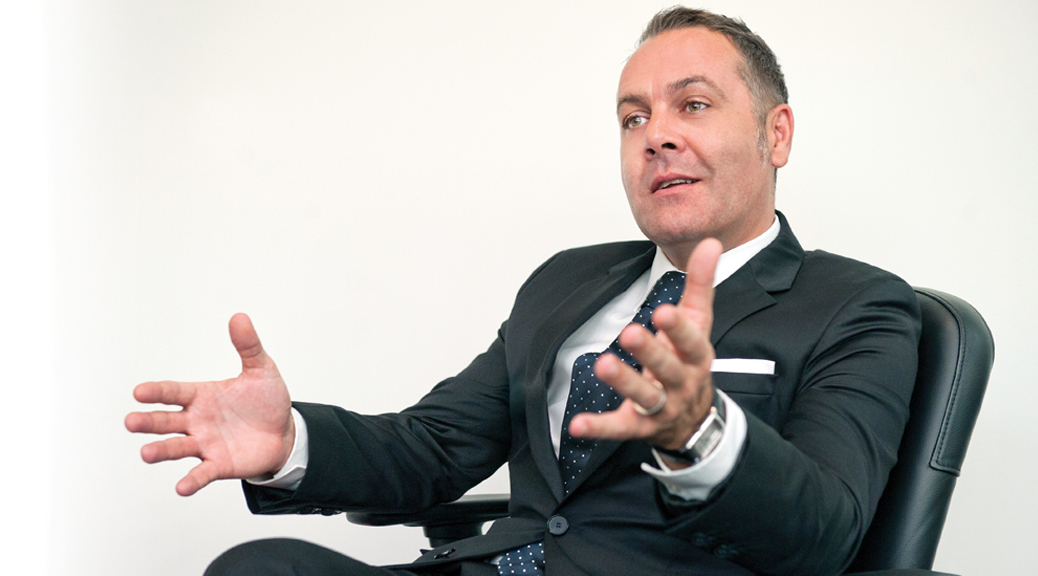 “The services in our industry are becoming increasing commoditised but of course our service is not a commodity,at Crown we aim to offer our customers an experience.”

As the managing director of Crown Malaysia, Leon Hulme is at the helm of one of the largest mobility & information management chains in the world.  An evolved and culturally sophisticated individual, Hulme oversees Crown Malaysia’s comprehensive portfolios like domestic and international relocation, secure storage and information management facilities, destination settling-in, immigration services, employee and family support.

Never a tourist but always the traveller in Asia, and now a resident in Kuala Lumpur, Malaysia, Hulme originally joined Crown Malaysia in 1999.  He held a variety of roles in several Crown offices in Hong Kong, Japan, Korea, and most recently Thailand, where he served as Country Manager before being promoted to his current position.

Hulme hails from an industrial Birmingham, the second largest city in the UK, and claims that he never studied.  “I never cared much for school.  I was working at 13 and dropped out of school at 16 to go into full time employment.  At that time I was holding down three or four jobs.”  During his last year in school, his school career officer told him this, “If you don’t end up unemployed and you manage to get a job, let’s say, in a factory, then you would have done very well.”  Unfazed Hulme sat there and thought to himself, “I bet my career ends up being more successful than yours.”

Born in Australia, Hulme left the continent down under for Great Britain when he was four.  “Both my parents are English.”  Not from a moneyed background, Hulme considers himself lucky to have good parents with upright principles.  “There wasn’t a lot of money in the house but my parents were determined not to live off the government, though we would have been more comfortable claiming social security than working in relatively low paid jobs.”

Sound work ethics were instilled in young Hulme.  “I believed in hard work, I believed in proving myself and then things would come as a result of that.  My parents used to say to me – ‘Nobody wants to give a job or work with somebody that they don’t like’.  So if I could get on with people, work hard, be flexible, prove myself, then the opportunities would present itself. I think if you’re street smart, have good work ethics, common sense, the ability to communicate and get on with people are fundamentals that can take you a long way.”

Speaking on mentors, Hulme has this to impart, “Over the years I have met many people who have inspired me.  I am always willing to listen and surround myself with people who inspire me. Jim Thompson, my chairman is one such person.

Jim is serious about work, a great communicator and I really admire his drive for quality, these traits you see in many of Crown’s staff and the Country Managers I have had as bosses over the years.  It is important to Jim and his employee’s that Crown is recognised as the Rolls Royce in this industry.”

“I would like to be able to look back and think that, I had a positive impact on my colleagues and that I might have in some ways helped them surpass even their own expectations.”

Rather than immediate short term financial gains, Crown is more focussed on long term quality services, meaningful partnership with its clients and our contribution to our local communities.  “Our organisation is filled with tremendous people with great experience.  Some of them have been with us and in this industry for more than 35 years and can offer a wealth of information and knowledge to our clientele.  The people I work with in Malaysia are absolutely incredible.  We have known each other for so long that when I came back instead of shaking hands, as a new MD might normally do, we hugged” says the happy expatriate.

Hulme forecasts a bright future for Crown Malaysia.  “This industry will continue to flourish.  The world is so small.  People are constantly moving.  It is a mobile workforce with a lot of assignees moving around the world.  I have seen a lot of changes in 16 years where we have gone from HR-driven decision making to procurement-driven decision making these days.  Though we are not selling a commodity, our services have become much commoditised, with price as an increasingly key factor.  Of course it is not a commodity because at Crown we deliver an experience.  If someone is relocating overseas with their family, we make sure they arrive at their destination comfortable and focused and not distracted by anything, in order for them to perform in their new assignment immediately.   We are not a commodity trading on the cheapest price, more of a mature quality service that supports you as you embark on the next chapter in your corporate and family life.

To cater to the fine art business, Crown Malaysia is the first to set up an art vault with premium security protocols, climate-control and fire suppression features.  “We have a healthy fine art business and are moving quite a lot of works of high value.  The art vault looks like something you might store gold bullions that only James Bond might attempt to break in,” Hulme shares and chuckles.

Outside work, the Englishman in him plays football, and does a bit of cycling.  He beams as he speaks of his family.  “My wife Akiyo is Japanese and I am very lucky that she is willing to give up her career as a successful production manager for a television commercial company in Japan to follow me gallivanting around the world. Akiyo is a very strong woman and adaptable to move with me to Korea, Thailand and now Malaysia.  We are really a team.  She manages everything that could potentially get in the way of me focussing on my work.  My son Noah is six years old.  He speaks English, Japanese and Thai as he was born and raised in Thailand.”

As a worldly corporate warrior, Hulme would like to be able to look back and think that, “I had a positive impact on my colleagues and the people who worked with me, and that I might have, perhaps, in some ways, helped them surpass their own expectations.” 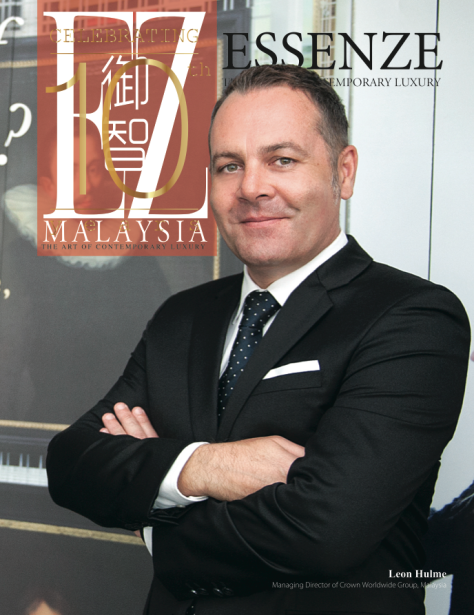